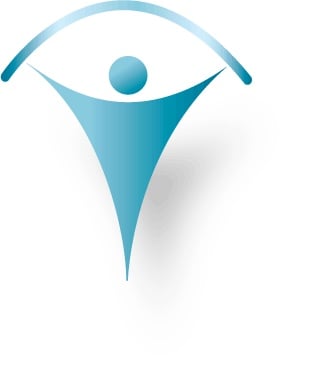 DUI & Addiction Counseling Center, Inc opened its doors February, 2008 in Mundelein, IL, in order to meet the growing concern of substance abuse/dependency in our community and county. We don't claim to have all the answers, but what we do possess is an empathetic ear, understanding heart, knowledge of the system, and a passion for addiction counseling. Our counselors have worked in various settings with many types of people, and now we are bringing that knowledge and those skills to Lake and the surrounding counties.

DACC consistently evaluates and improves our services to clients and their families, stay abreast of the latest research in the field of addictions, adhere to an established Code of Ethics in regards to ethical behavior, counseling practices, and the rights and confidentiality of our clients.

*In the state of Illinois, Cook and DuPage Counties' initial DUI Evaluations must be completed by their approved Evaluators.

Barry Hinkeldey,  MA, CADC - Program Director
Barry Hinkeldey has a vision of helping individuals regain a sense of control and positive outlook on life through sobriety.  Barry holds a Masters of Arts in Counseling Psychology from North Park University, Chicago, Illinois and is a Certified Alcohol & Drug Counselor (CADC) licensed with IAODPCA (Illinois Alcohol and Other Drug Abuse Professional Certification Association, Inc.) since 2007.  In addition to becoming licensed as a CADC in 2007, Barry founded and opened the doors to DUI & Addiction Counseling Center, Inc which is located in the south central part of Lake County, Illinois.  Barry facilitates psycho-educational and process-oriented group therapy sessions and is able to treat and counsel those that need redirection and drives his focus to heal those in need.  Barry is currently and Adjunct Instructor for future CADC counselors at Loyola University  in Chicago, Illinois and is enrolled in the Doctor of Social Work (DSW) program at Aurora University. Barry can communicate to the hearing impaired through ASL (American Sign Language) as well as the Spanish speaking clientele.

John Wozniak has a Bachelor of Arts in Communications from Columbia College.  He is originally from the south side of Chicago, but did the majority of his "growing up" in Naperville, IL.  He has lived in Illinois for most of his life, but did spend a few years eating Ramen noodles in Los Angeles, CA following the completion of his undergrad.  Through his time and experiences he has learned a lot of things, which helped him to develop a desire and the ability to help individuals regain their foothold on life.  John facilitates psycho-educational and process-oriented group therapy sessions and is able to treat and counsel those in need of redirection.  He recently finished graduate coursework in the top of his class at Aurora University.

The mission of DUI and Addiction Counseling Center is to provide comprehensive substance abuse services to our clients that will enhance positive growth and development. Our counseling center will strive to achieve the best chance of recovery from chemical dependency/abuse for our clients and their families by delivering services in the highest quality manner.